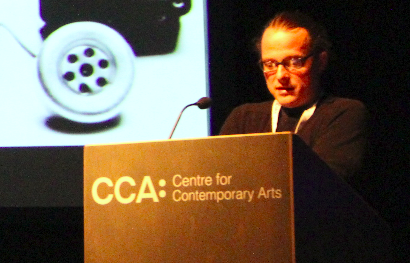 Abstract:
16th century ‘face to face’ persuasion scams adopted to letters, telephone, fax and Internet with the development of new communication technologies. In many of today’s fraud schemes phone numbers play an important role. Various free-to-use on-line tools enable the scammers to hide their identities with fake names, bogus business websites, and VoIP services. These fake businesses or personas can appear more legitimate when connected to a phone number, enabling a faster, more personal contact to the victims. With the typology of a sample probe of 374 emails, commonly used in business proposal scams, the emails were categorized and tested to see how believable the proposals sound once the scammers were contacted by phone. The research can be explored in a 5-channel interactive audio installation called ‘Let’s talk business’ that uncovers which business proposals and scam schemes are commonly used, and how believable the proposals sound once the scammers are called.


A poster paper was published in the ISEA 2015 proceedings:

Afshar, Brunnthaler, Schulze, ‘The evidence of things not said’, www.derbeweis.at/

Lapsley, Phil. Exploding the phone: The untold story of the teenagers and outlaws who hacked Ma Bell. Grove Press, 2013.

Last chance! Final day to submit to xCoAx 2020, conference on computation, communication, aesthetics and X. July 8 to 10 in Graz, Austria.