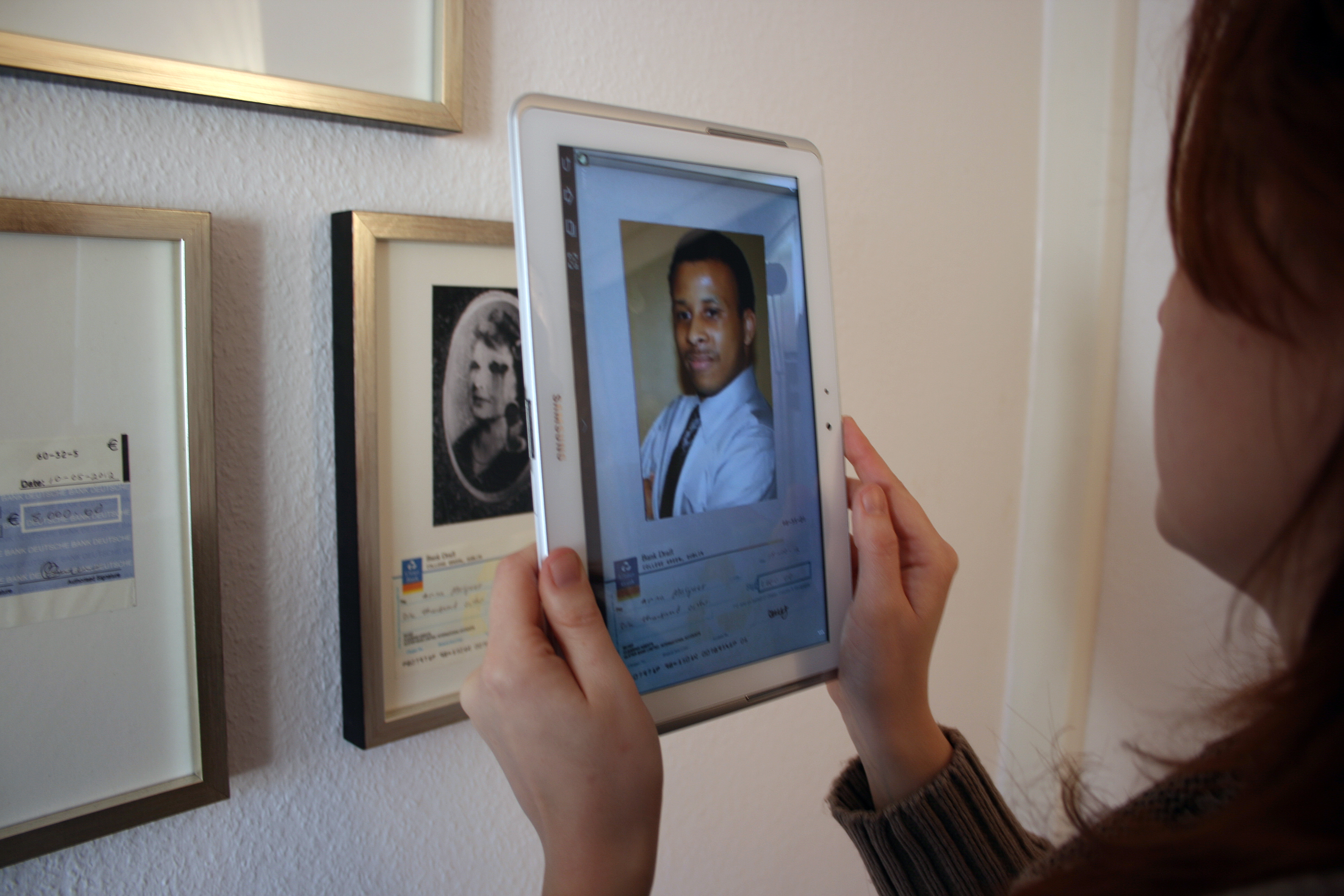 ‘Faceless patrons’ is an installation that documents stories used by Internet scammers in so called ‘overpayment check scams’. Scammers use scripted stories to reach their victims, yet when correspondence continues story worlds start to evolve. We wanted to take a closer look on these ‘419-fiction’ cybercrime stories, ‘419’ relating to the criminal code in Nigerian law that deals with fraud. While we were aware of the fact that we are dealing with scammers, we use a fictional character and narration to investigate how the scammers react to various turns in the plot.

The story takes the form of e-mail correspondence where two characters are involved; one art patron created by the scammers and our fictional artist ‘Anna Masquer’. The scammers posed identity is often based on either identity theft or a confusing mix of several existing individuals, giving them the opportunity to remain faceless and anonymous.

The installation setup consists of five photo-frames hanging on a wall. Each frame connects to a correspondence with a scammer and holds a photograph and a fake check that was received as an advance payment for Anna Masquers’ photos. By using a smartphone or a tablet the visitor can scan each photograph via a third party AR-Browser. Each physical photograph is then overlaid with an AR layer containing a video compilation of images. These images are the result of an online search in an attempt to confirm or invalidate the authenticity of the scammer’s character and his online representations. This search result tries to give a face to the faceless scammer, yet fails while the posed art buyer can be anyone or no one of the persons found within the search.